I’ve had a silent week with our quick vacay and playing catch up at work but now I’m back! K. and I flew into Buffalo this past weekend for an early birthday celebration, and we both took Friday and Monday off work so we wouldn’t feel rushed or stressed at the start or tail-end of our vacation. I wanted to do a recap of our trip and show some of our fun photos!

K. made the stipulation that we had to fly vs drive this time so we agreed on an early morning flight to make the most of each day. We were up at 2:30am for our flight out of Richmond and landed in Buffalo around 11am. Our friend Will picked us up at the airport and we hit the ground running. After dropping our bags off at his place, we headed to a local brewery to meet his wife Jean and her parents.

I am not a beer drinker, but K. is so we always try to mix up going to wineries and breweries so we both have fun. 12 Gates Brewing is local to Buffalo and a frequent haunt by our friends. After I told our bartender I wasn’t much for beer, she brought over 3 for me to try and we found a winner in their F.u.b.a.r.b. – a blackberry rhubarb berliner weisse. It did take me the entire time we there to finish my glass, but it was delicious! The food there is phenomenal as well – I got a flatbread pizza with fig and pear and it reminded me of the different styles offered in Italy. 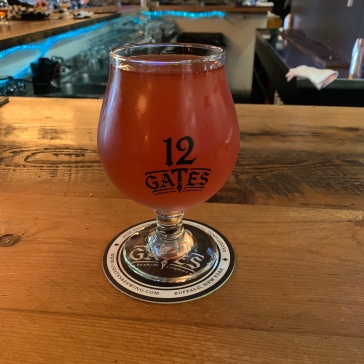 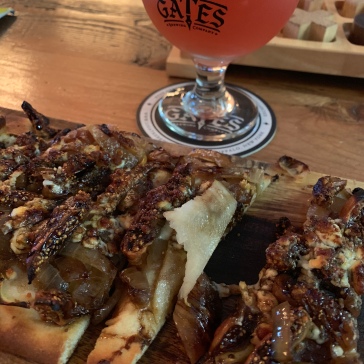 Jean and Will had an event to go to Friday night so we got dropped off at another brewing company in downtown Buffalo – Big Ditch Brewing Company. We went to this brewery a few years ago when we were in Buffalo for Jean & Will’s wedding and knew we wanted to check it out again. Big Ditch is another local brewing company to Buffalo and is located in the heart of downtown. They have a pretty large taproom, with bars on both levels and some games on the top floor. We were lucky to get there right at opening and snag seats at the second floor bar. K. got a full flight to taste while I snagged a glass of one of the outside ciders they carried. Since we were both still hungry from our light lunch earlier, we stocked up on wings and pierogi to compliment our drinks. 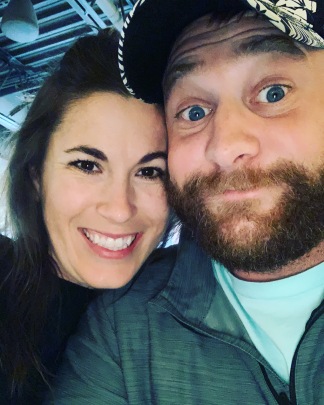 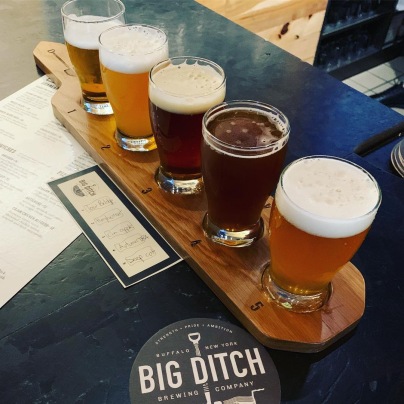 We called it an early night on Friday since we were both exhausted from our early morning and we knew we had big plans for Saturday. I’m pretty sure I was asleep by 8:30 pm!

I convinced Jean to try an Orangetheory Fitness class with me, and I agreed to go to the later class at 10am (instead of my usual 7am) since she had a pretty late Friday night. We went to the Amherst OTF at Transit Road and every Saturday they offer a 10am Tornado class versus the usual Orange 60. It’s not the normal style I go to but it was the perfect intro for Jean, who prefers that high-octane quick circuit style. 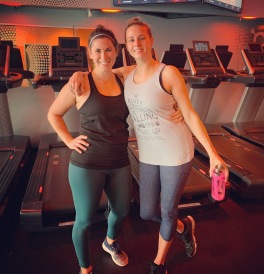 One of the things I love about joining OTF is I can work out anywhere they have a location and use my membership. Being able to squeeze in a workout there is a lot better than trying to convince myself to get up for a run while on vacay mode!

After our workout, we headed home on shaky tired legs to join the guys and get ready for our trip up to Niagara Falls. K. has never seen the falls so we were looking forward to taking him up there. The weather was cold and misty but the views were still spectacular. Sadly we were there too late to catch a ride on the Maid of the Mist but since K. hates the cold I don’t think he was too upset about it! 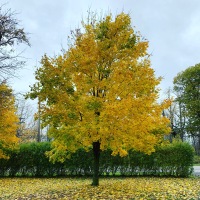 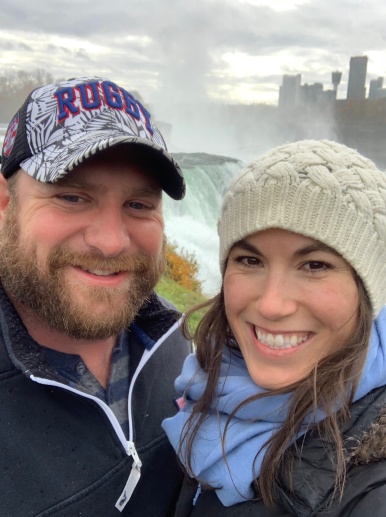 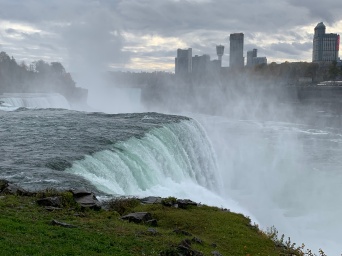 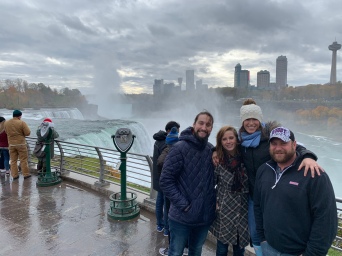 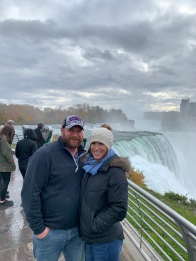 Once we left Niagara Falls, we headed towards our first winery. Freedom Run was first on the list and Jean and I each did a full red tasting, while I also did a tasting of their Ice Wine – absolutely delicious, btw. Overall I prefer red wine, though I found theirs to be way too dry for my taste. K. enjoyed their Catawba wine, which was a sweet white blend. Next up was 5 Flights in Lockport, but first we made a stop at the Locks on the Erie Canal and the Lake Effect Artisan Ice Cream shop. They had the BEST ice cream flavors. Mine was 1 scoop Pumpkin Gingersnap Cognac and 1 scoop Apple Cinnamon Chai (tasted like pumpkin pie mixed with apple pie and it was amazing). I also tried a taste of their signature Paula’s Glazed Donut and can attest that it definitely tastes like a delicious glazed donut. The winery we visited was less impressive than the ice cream. Jean and I again did wine flights – I gave K. both my glasses of white, drank 2 of the reds and gave up on the last red since it just tasted like coffee. So out of all the “tastings” we did this day, my top recommendation is Lake Effects Ice Cream! 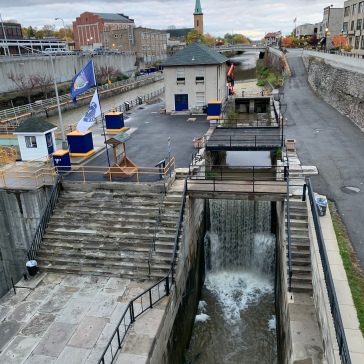 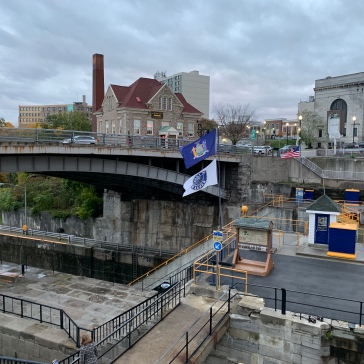 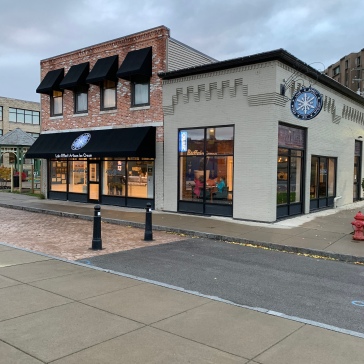 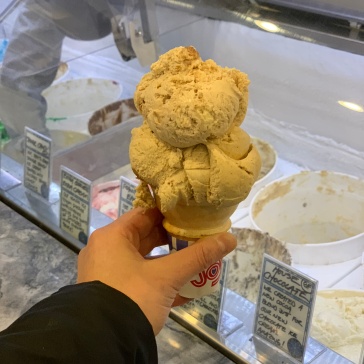 This was the day that was our whole reason for being in Buffalo! For my birthday, K. got us tickets to the Bills vs Bears games. I’ve been to several Bills games, and a couple at Ralph Wilson Stadium (now New Era Field) but have never gotten to experience a Buffalo tailgate. Jean was more than willing to help me out with that 🙂 Some of her friends own a “Bills bus” (definitely something K and I should invest in hahahaha) and regularly tailgate at the Biergarten at Orchard Park. We had chili, drinks, and some awesome company while we partied for about 3 hours leading up to the game. Will was able to meet us for the actual game, though he had to miss the tailgating. Our seats were awesome, so I had the best time despite the dismal play by my team and our crappy loss to the Bears. And I will say that even though he’s a Redskins fan, K was a good sport for me and wore a Bills beanie for the game. 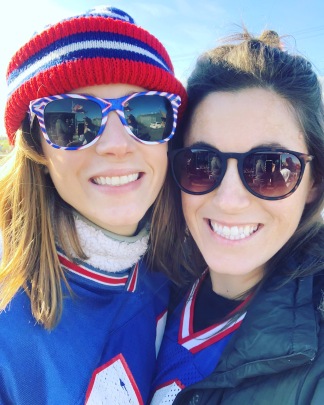 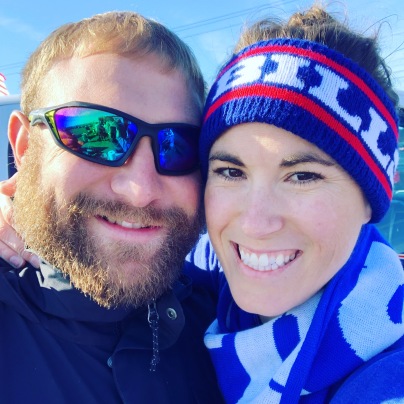 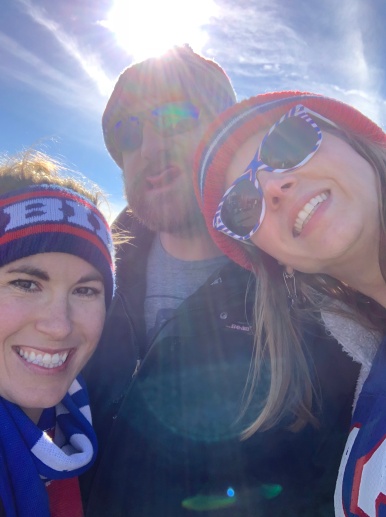 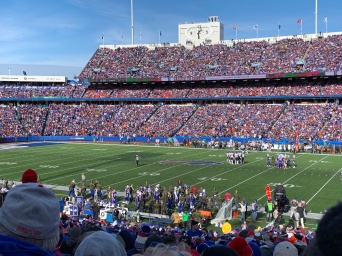 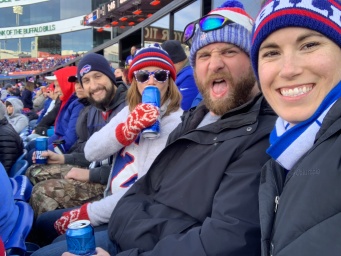 After the game we got some amazing nachos from Deep South Taco and watched some more football back at Jean & Will’s place. We had another extremely early flight out the next morning so K and I fell asleep pretty early.

Our trip was fun and non-stop which made me extremely glad we had both taken off work Monday. I love that K and I both enjoy sports and can create the best memories around them. I also love that despite his deep hate for the cold, it was his idea to head up to Buffalo for a game just to celebrate my birthday 🙂